The Lucerne Eagles baseball and softball club was founded on 12 June 1981. It was one of the four pioneering clubs, which organised the first championship in Switzerland in the same year and founded the Swiss Baseball and Softball Federation (SBSF). The Eagles have been playing on their own baseball field in Lucerne since 1985. In 1989, a ladies softball team was also added to the club. Today, the club has a good infrastructure with its own baseball field and clubhouse. The BSC Eagles has four teams consisting of around 70 active players who play in the NLA, 1. Liga, Softball and Junior divisions. Each has one thing common: true team spirit and a love of the game. Our club considers youth development highly important, which is why one of our main focuses is on the Eagles Juniors Academy, where we support children up to the age of 18. The club’s greatest successes include winning the Swiss Softball Championship in 1999, 2001, 2010, 2011 and 2012. Our juniors also seized the Championship title in 2002. At an international level, the Eagle Teams were particularly successful in 2002, for example, when the ladies softball division won the European Cup. 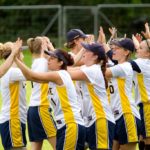 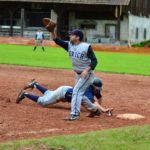 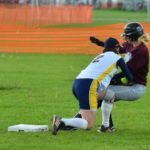 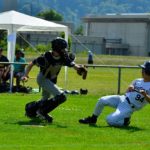 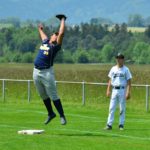 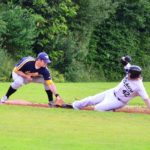