The Flyers have set themselves the goal of promoting baseball and softball by enabling everyone to actively take part in these types of sport and by increasing public awareness.
Founded in September 1980, the Flyers are one of the oldest baseball and softball clubs in Switzerland. Thanks to the ongoing youth development measures, the Flyers have also had great success with their junior teams U18, U15, U12 and t-ball.
The Flyers have dominated Swiss baseball events since the beginning. In over 30 years of club history, the Flyers have reached the baseball championship final twenty times and have been victorious 8 times. They have achieved even more success in softball, having won nine championship titles. They have since represented Switzerland regularly in the European Cup tournaments across Europe as champions and runners-up. The international baseball and softball tournaments, which are regularly organised in Therwil, are also known and highly regarded throughout Europe. 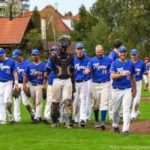 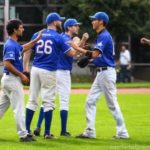 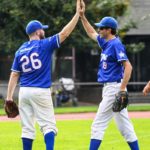 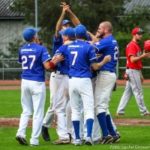