You are here: Home / Association / Memberships

The SBSF is a partner of Jugend und Sport . J+S provides courses and camps for children and young people in more than 70 sporting disciplines. Around 600,000 five to twenty year-olds attend over 55,000 sports courses or camps a year.

The SBSF is a member of the Confederation of European Baseball. The CEB is the governing body of 29 countries in Europe.

The SBSF is one of the 112 member associations of the International Baseball Federation IBAF, which is based in Lausanne.

The European Softball Federation was founded in 1976 and now has 32 members, including the SBSF.

The SBSF is also a member of the International Softball Federation. There are 110 member countries in this federation.

In 2012, the international federations for baseball and softball decided to join forces under the name World Baseball Softball Confederation in order to increase their chances of being reconsidered for the Olympic programme. The SBSF will also also be part of the new united world confederation. 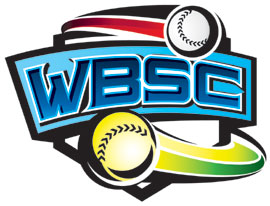